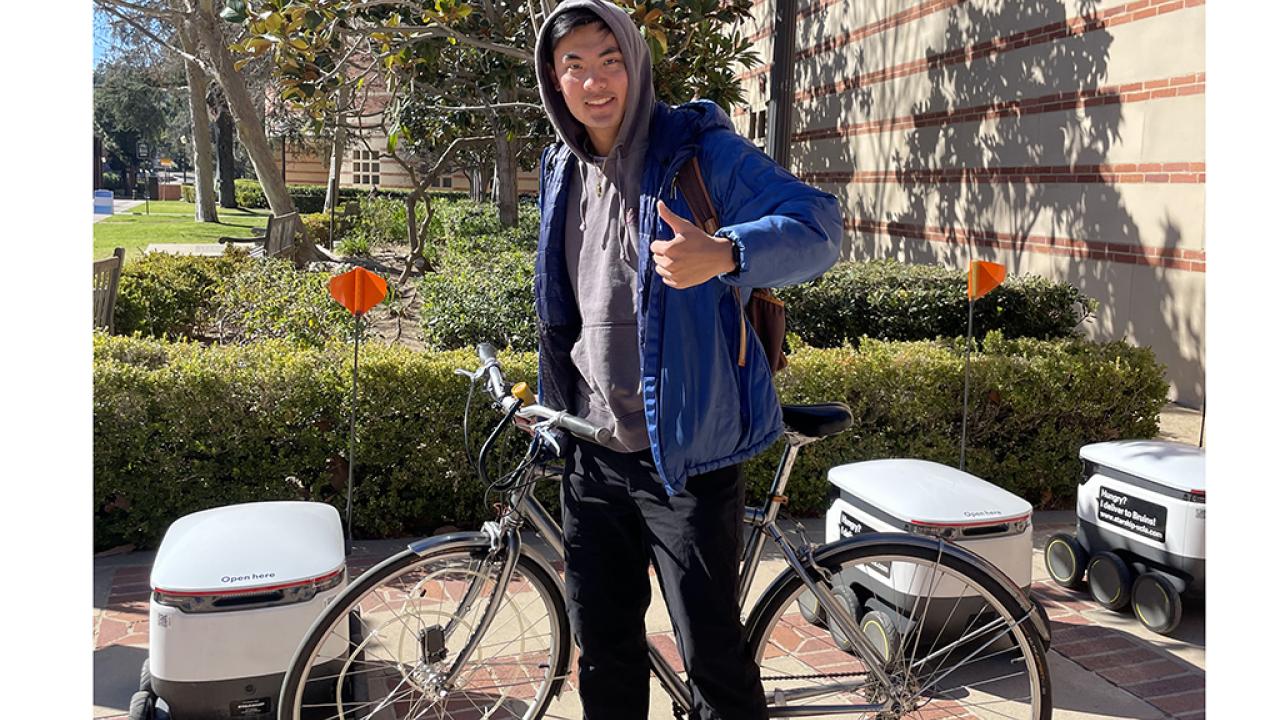 Rounding the corner on his senior year is UCLA undergraduate student Royce Fong. A Northern California transplant about to earn his degree in political science, Royce now takes to the streets of SoCal by bike — and has never looked back.

Like many people did when the pandemic hit, Royce began biking while living at home in San Francisco when UCLA shifted to remote instruction. When he finally returned to UCLA with in-person classes back on, he realized the benefit of biking to, from, and around campus.

“I've been riding every day this year and I love it,” he said.

Residing off-campus, Royce is a dedicated bike commuter who said he benefits so much from riding over driving.

There’s the fresh air and exercise. The reduced carbon footprint helps the environment. And, he’s getting to class quicker— traveling by bike cuts his commute time in half compared to if he walked.

Unlike driving, biking allows you to interact with people on campus you may spot along the way, he mentioned.

Royce said, “Sometimes, I'll walk my bike alongside my friends if I want to talk.”

He added, “I have a busy schedule, and biking allows me to string together multiple activities and spend more time doing things rather than being in between things. “

A friend and fellow bike rider said it was Royce who motivated her to start cycling on campus, sharing the different routes he takes and giving her a great tip to handle those infamous hills: utilize the elevators! Now that’s a True Bruin.