New bike lanes on campus improve safety for everyone 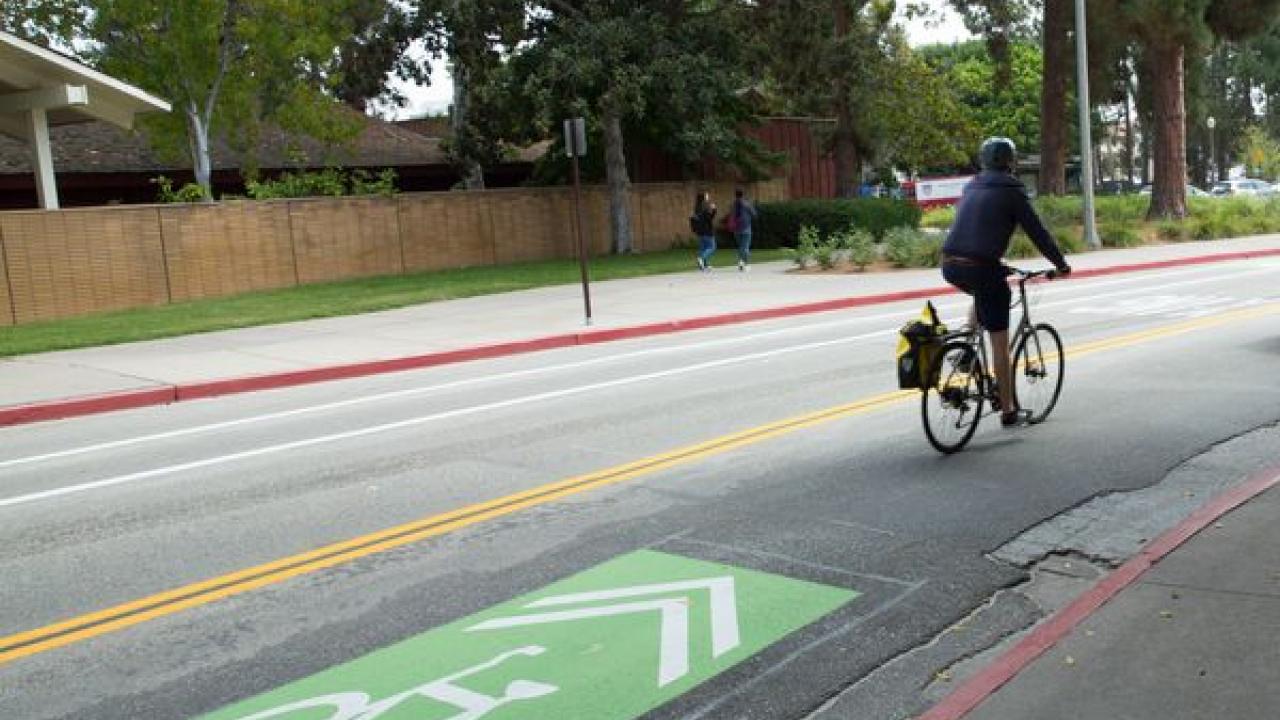 On campus, bike lanes were added to Charles Young South in the summer, with lanes on Charles Young East completed this fall—right in time for the beginning of the academic year.

Between June and October, more than half a mile of protected bike lanes were added to Charles E. Young from Dickson Court to Westwood Plaza in both directions. The additional bike lanes bring the campus total to roughly three miles.

Those bright green pathways aren’t just for cyclists and reflect a shift in road design from moving people and not just cars.

Every day, thousands of people crisscross the UCLA campus, making safety an imperative. The goal is to create a safe space for all modes of transportation from biking and walking to driving and using e-scooters.

Designated bike lanes have a number of benefits, first and foremost, increasing visibility. They also help roadway users know their place and act as a traffic calming measure. Bike and e-scooter riders can safely navigate streets while sidewalks remain clear.

Upgrading the campus infrastructure means fewer accidents and injuries for cyclists, better walkability for pedestrians and less congestion for motorists. Everyone is able to maneuver more easily.

Where protected lanes were installed in New York and Washington D.C., the number of bikes on sidewalks immediately fell by an average of 56 percent. A 2014 report showed across New York City injuries for motorists, pedestrians and bicyclists declined by 20 percent on streets with protected bike lanes.

In addition to improving the safety of Bruins and visitors, the University is committed to achieving its sustainability goals, being bike friendly and supporting all healthy forms of transportation that help reduce overall emissions.

Looking ahead are other safety improvements: flashing beacons above stop signs, better crosswalks and even more protected bike lanes.