4 Sustainable Ways to Get to Dodger Stadium 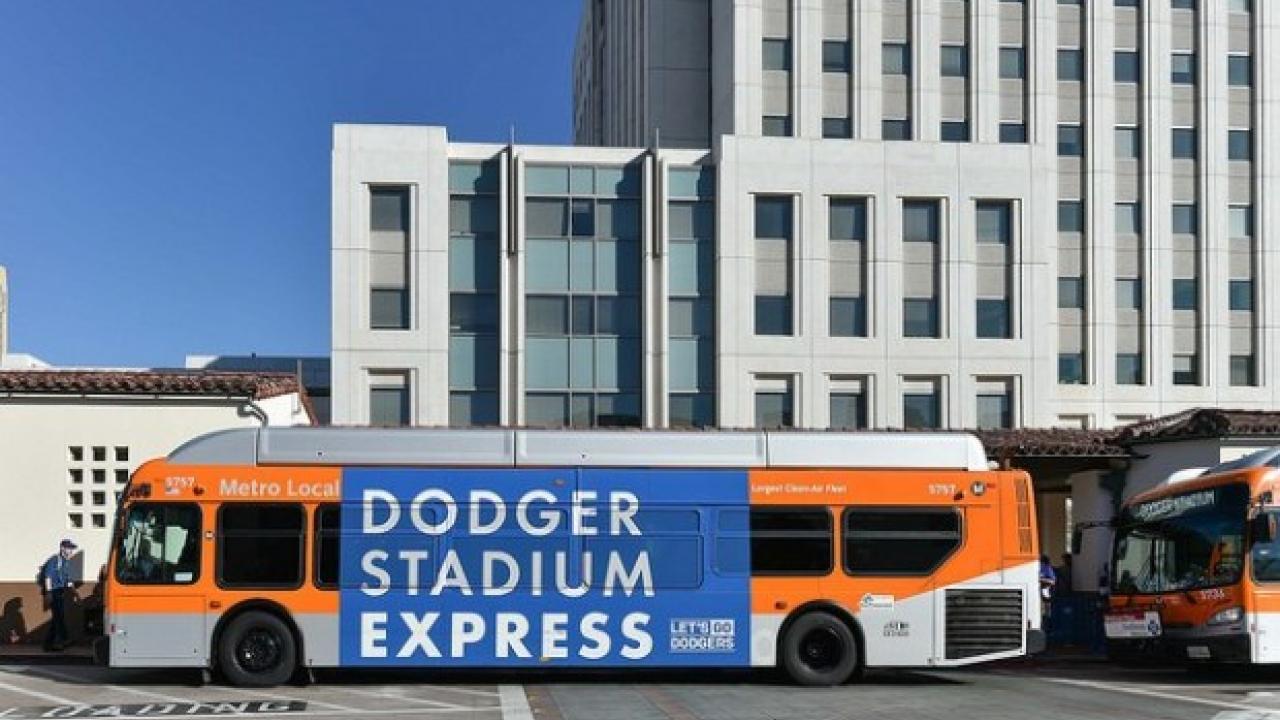 Baseball season is in full swing, and there's no better place to catch all the action than at Dodger Stadium! With all of its history, picturesque views, and a team that's determined to win it all this year, nothing beats a night out at the ballpark with family and friends.

But in order to enjoy all that Dodger Stadium has to offer, you have to get there, and traffic in and around the stadium can make a true blue Dodgers fan red-hot. Go green instead by reducing your carbon footprint with these sustainable options for getting to Chavez Ravine, and with stadium parking now $25 in advance and $30 at the gate, you'll probably save some green as well!

Go Dodgers and Go Metro! LA Metro has many bus and rail lines that will connect you with the Dodger Stadium Express. The shuttle is free with your ticket to the game and leaves from Union Station starting 90 minutes before game time and the South Bay two hours before. You can also park and ride from the Union Station East garage for $8 or park for free at the South Bay stations.

Bike to the Ballpark

Think you can't bike to Dodger Stadium? Think again! Every entry gate is accessible by bicycles and there are bike racks all around the stadium. And depending on where you're coming from, biking may be one of the fastest ways to get there.

Did you know that Dodgers bench coach Bob Geren bikes to the stadium? Watch him ride to the ballpark from his home in Pasadena!

Rideshare to the Ravine

If you have to drive to the ballpark, why not take some others with you to share the experience (and the parking fees)? Although the easiest way is to carpool with friends and family, it might not always be practical if everyone's spread out. With ride-hailing apps, you can share a ride with those you don't know (and since you're all Dodgers fans, you're practically family, right?).

Lyft Shared rides and UberX Share match you with others going in the same direction, and because you're riding together, they're cheaper than standard Lyft or Uber rides. Drop-offs are permitted at any of Dodger Stadium's entry gates, and there's a designated pick-up zone in Lot 11 right next to the Sunset Gate.

Intentional Walk (to the Park)

Not everyone can walk from their home to Dodger Stadium (like these fans did for 22 miles!). But when paired with another form of transportation, walking can be a great way to see the city and work off a Dodger Dog or two. For example, Go Metro and walk to the park instead of taking the Dodger Stadium Express. See how it's done below from the Chinatown station!

However you decide to get to Dodger Stadium, remember to give yourself some extra time so you never miss hearing those words that start every game: "It's time for Dodger Baseball!"

How to Shop for and Maintain a Bike