In Wheel Life: How Two UCLA Commuters Use Sustainable Transportation 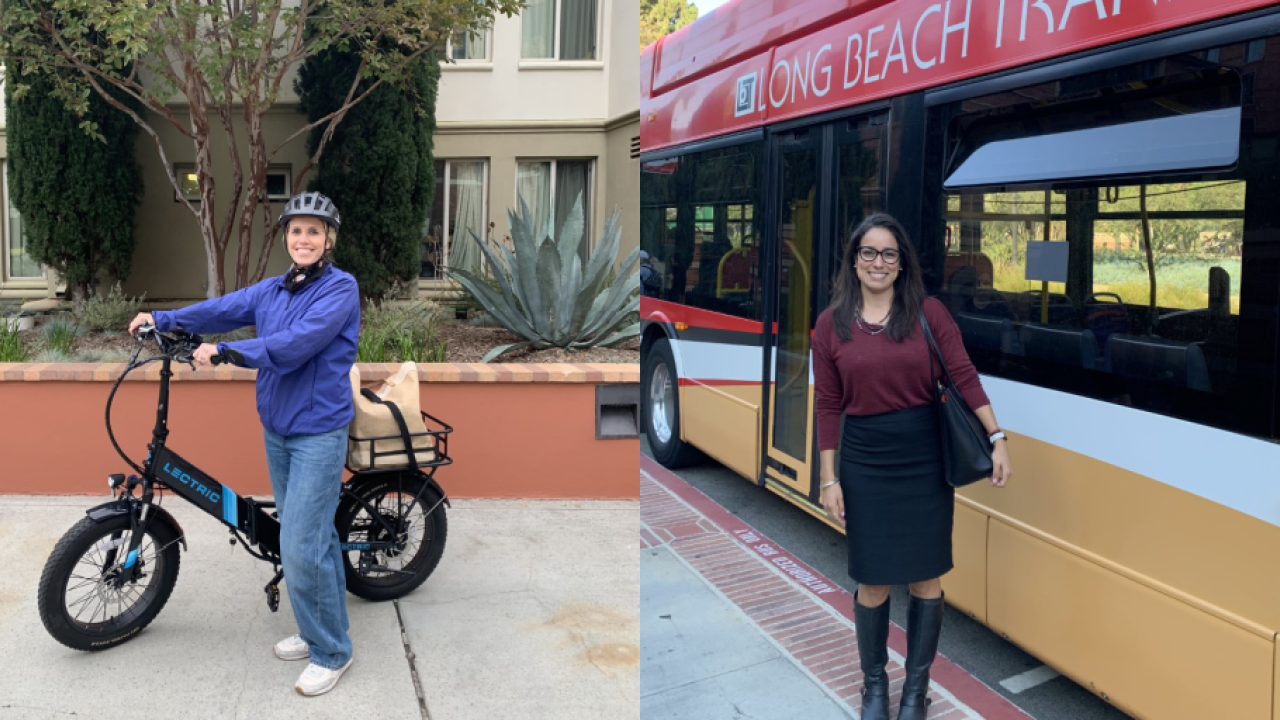 Magyn Kydd from UCLA Administration Marketing & Communications and Daniela Messarina from UCLA Strategic Communications ride with confidence during their commutes to campus. By bike for Magyn and bus for Daniela, each explains why they leave the car at home.

Hailing from Vancouver, Canada, Magyn has been riding a bike since her early school days up to her time at university. There, she wrote a letter to Vancouver's mayor about the need for better bike lanes. She received a response stating that improvements were coming.

Magyn said, "That powerful moment let me know your voice can count and help implement change."

Now she's here at UCLA encouraging Bruins to bike. Magyn's 1-hour trip from Mid-City is made with an e-bike, an increasingly popular option for those looking for an active commute that also appreciate the pedal assist.

"With a busy schedule, it's hard to fit exercise in. When you bike commute, you automatically get that physical activity. And just as important as the physical benefits are the mental ones. The ride provides an escape from the emails and stresses of the day and helps keep a better mind/body balance."

A creative person who leads a team of writers, graphic designers, and web developers, Magyn says that on a bike, she experiences her environment in greater detail than inside a car, with that "seeing" positively affecting her work and providing inspiration.

Daniela (Dani) is a senior marketing manager who danced ballet pre-professionally for over a decade and won't let her commute trip her up.

Before the Long Beach Transit Commuter Line started coming to UCLA — the service started as a pilot program in April 2019 —Dani described her commute to and from campus as "quite a journey."

She said, "Sitting in my car driving five days a week (pre-COVID) to and from campus tired me out. I really considered the possibility of applying to another job elsewhere, even though UCLA was a place I wanted to grow professionally."

"The program coming along was a game changer. With the reasonably priced pass, I finally had time for leisure reading, hopping on calls with family members in Peru I haven't spoken to in a while where I could focus on our conversation instead of the road, and sometimes a nap after a long day of work!"

With the bus stop only 4 miles from home, Dani was thrilled to see her car mileage go down, save on gas, and gain back time and energy during the week to walk her dogs after work and head to a yoga class later in the evening.

Magyn riding a bike means there's one less car on the road producing exhaust into our atmosphere, and taking transit like Dani also means less traffic congestion and pollution.

"Other Bruins should consider sustainable transportation because of its many benefits. The more we as Bruins choose alternatives to the car, the more others will follow," Magyn said.

Go green like Magyn and Dani and pledge online to give walking, biking, taking transit, carpooling, or telecommuting a chance during Sustainable Transportation Month for a chance to win a prize. 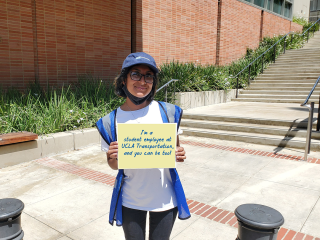 Students, Start the New Year with a New Job at UCLA Transportation 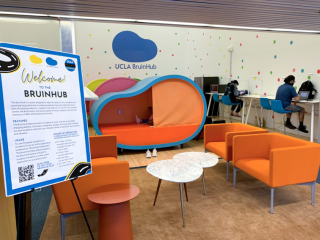 Resources for Commuter Students at UCLA 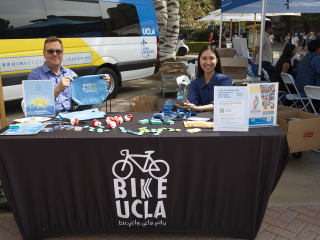 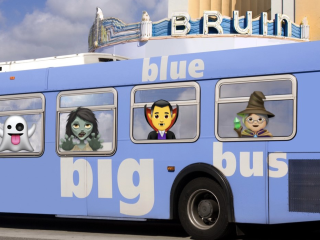 No Trick, Just a Treat: The Benefits of Sustainable Transportation 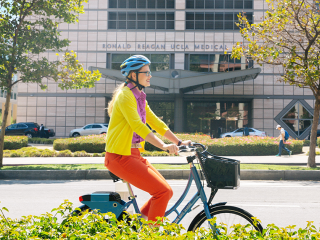